Apparently when Emma Smedley was trying to pay for her Calendly App around January 5th, 2022, her payment couldn’t go through.

To make a long story short, she called in and the UK bank rep told her that her account has been frozen because of ‘potential fraud’.

Banks around the world flag big deposits for investigation.

In Canada where I live, if you deposit X amount of dollars, the bank will flag your account.

And then they will investigate as to where you got that big deposit from.

Now in Emma’s case, then bank rep asked her directly…”Where did you get that income?”

Instead of answering the question, she asks them “Why do you need to know where the money comes from?”

And so the story goes.

Then Emma goes on in her live about “You can see where this world is coming to.” ETC.

Emma also claims that basically the system, the banks and the government is BS.

She swears that no one can’t stop CRYPTO!

Is that really true?

In order for CRYPTO to worth something, most people will have to ‘convert’ into fiat so it will be worth squat.

And the Government can ban banks from ‘converting’ crypto into fiat if they want!

Oh but someone will say…What about Crypto ATM’s?

Yes they can ban those too.

The Government can pretty well do what they want to do.

Rich Dad Robert T Kiyosaki even predicted on this Rich Dad Channel that the Government has their own digital coin that will be released eventually in this “Great Reset” that we are all experiencing Globally.

Most Crypto enthusiasts will never want to believe any of this.

Is Crypto safe and can they never stop it (according to Emma above)?

Well let’s look at the facts..

They control all of the banks

They control the court system

They control 99.9% of the population

So yes, they can definitely stop crypto.

Who are you listening to?

If Super Hyperverse / Hyperfund promoter Emily knew anything about finances, she wouldn’t have been making big ‘referral’ income deposits in the first place.

She also wouldn’t be going live on Facebook admitting that she is involved in stealing money from ‘gullible’ people through and illegal investment scam.

Here is a picture of her making another mistake in public (yes everything I am mentioning here is publicly available).

Why is it not smart to go out into the public and admit that you are involved in one of the biggest crypto investment scams for 2021 / 2022 (Hyperverse / Hyperfund)?

Because the Hyperverse finally collapses and eventually exit scams, the gullible people (investors) will get piss mad and start reporting to Big Brother that they got scammed.

And as in the case of Bitconnect, history has shown that affiliates can get charged, convicted and even thrown into jail.

So what can you do?

He said not to hate the government.

We must use their system to help bring us riches.

If (and when they ban crypto), we must use what ever form of monetary currency they release.

The government is strict and they make and enforce the law.

In their system, there is a fine margin that most Successful Entrepreneurs utilize to bring them long lasting riches!

So there you have it.

If you are going to take financial advice, don’t take it from Network Marketers.

Hire a finance advisor, coaches and even a good lawyer to explain what you can legally do for the long term.

Because I don’t think you want to go to jail for network marketing.

In my experience, the ONLY people who make a Long Term Lasting Income Online, are the people willing to learn the ‘investment’ craft.

Get Access to a System designed to teach you how to launch and run your own CRYPTO business online (work remotely). 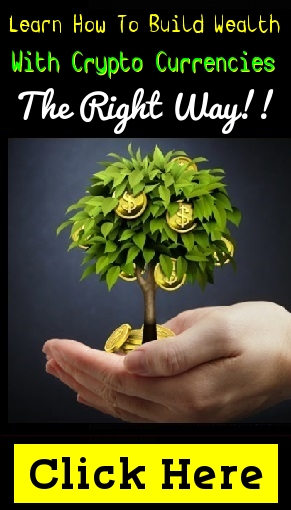